What Could Have Been At Los Filos

Ten years ago, a great opportunity was missed at the Los Filos gold mine in central Guerro State in central Mexico.  But with the innovative minds at Dos Santos International, the loss became a gain and leaves the door open for another opportunity as news of the Los Filos mine reopening is being announced.

In 2009, M3 Engineering of Tuscon, AZ asked Dos Santos International to develop an alternative conveying route for the Los Filos gold mine.  A previous system conveyed the ore from the crushing plant to the leach pads via a glory hole ore pass and an underground conveyor, through the hill.  An agglomeration drum mixed in the agglomerate before final delivery to the leach pads.

This conveying system experience material flow problems right from the start, especially during heavy rains.  The stick ore tended to plug up the ore pass.  Geological instability ultimately collapsed the ore pass, putting the transport system out of service only four months into its operation.

The logical, most direct and economical path was over the same hill (rather than under).  The path required a down-hill high angle conveyor.  Thus, Dos Santos International was approached about their DSI Sandwich belt high angle conveyor.  Being the best solution, DSI was awarded the contract in March 2009 for a downhill system which was

M3 was again tasked with developing an alternate conveying path.  This time a conventional conveyor system was developed, following the already developed truck ramps.  Dos Santos International again submitted their proposal for the project, an overland conveyor system was awarded to DSI May 19, 2009.

The DSI expertise proved particularly advantageous on this project.  The original ten-conveyor-flight system has been rationalized to only seven flights by amalgamating with horizontal curves.  Additionally, the third conveyor flight is especially engineered to accomplish the agglomeration by mixing through five intermediate tripped transfers.  The enroute agglomeration, conceived by Goldcorp, results in substantial savings by eliminating the need for the additional agglomerating drum.

This conveying system experience material flow problems right from the start, especially during heavy rains.  The stick ore tended to plug up the ore pass.  Geological instability ultimately collapsed the ore pass, putting the transport system out of service only four months into its operation. 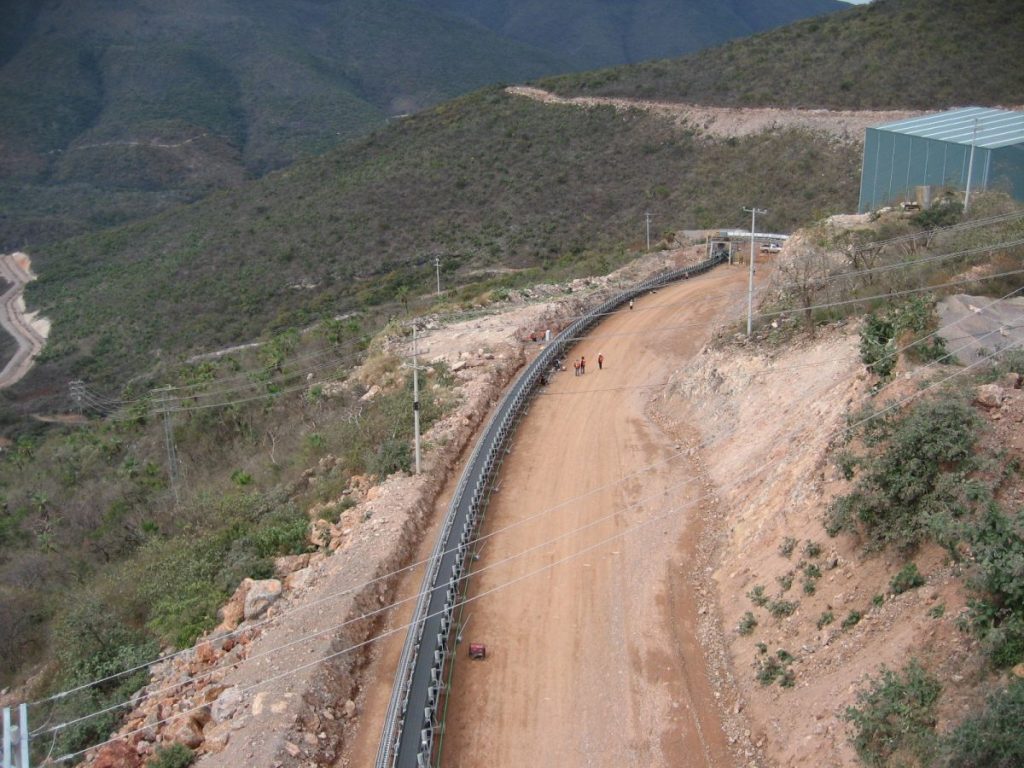 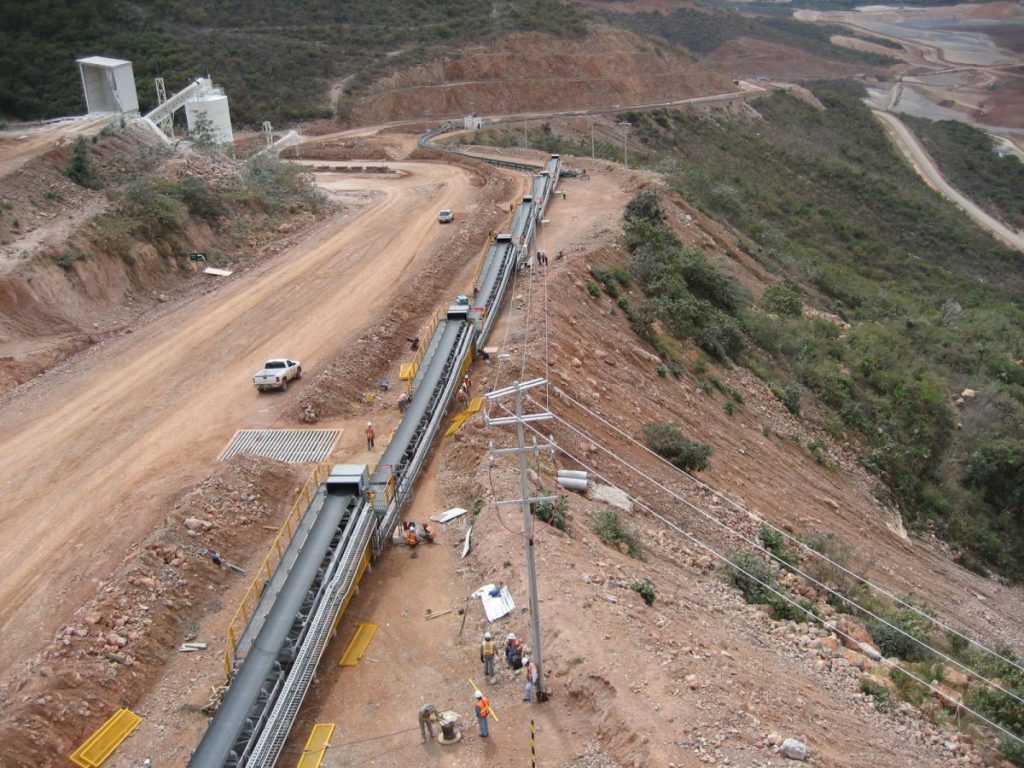 The overland conveying path is predominantly downhill.  While this presents the normal controlled starting and stopping problems, it also presents great savings opportunities.  The downhill flights are decisively regenerative.  Additionally, the drive motors, now generators, will feed back power into the grid which powers the other mine equipment.  These carefully engineered conveyors will be equipped with variable frequency drives to ensure operations at maximum efficiency.

So while the opportunity to offer efficiency in carrying with the DSI G.P.S. was ultimately missed, the expertise of Dos Santos International was able to offer cost savings solutions and a successful haulage system to continue operations at the Los Filos gold mine.  It is with great hope, that Dos Santos International will be able to offer cost savings solutions to mining and materials handling projects around the globe.